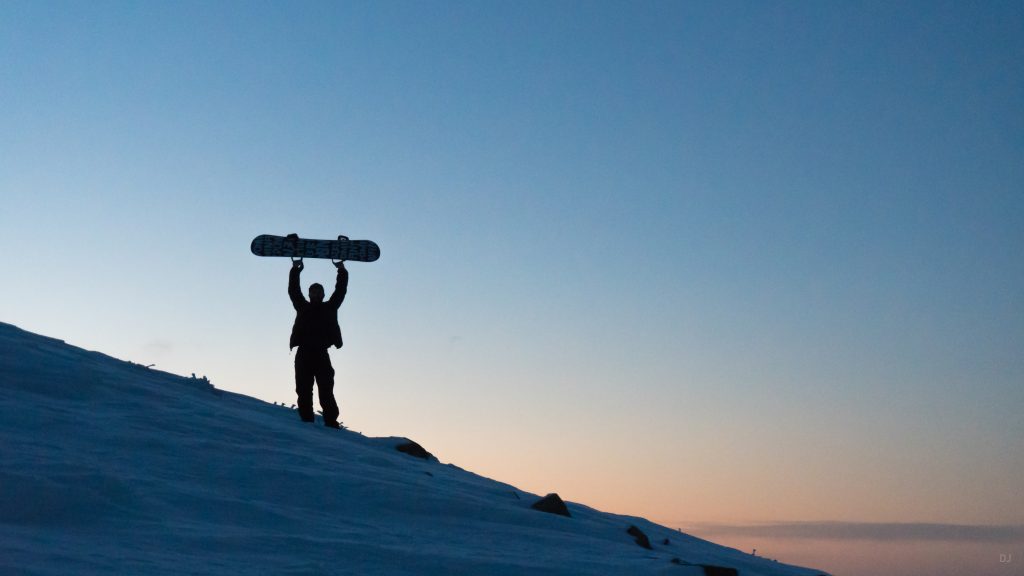 Firstly let me set the scene. I’ve been a self employed web developer for over a year now, and it’s been a tough year, lots of learning curves and expensive mistakes. Lots of hours spent late into the night. However, prior to this, I have always worked for someone else, where the rules are set and you play their game.

One of the things that was always mentioned to me, is that when you are self employed, you can just pack up and go home when you want without worrying what the boss thinks. However, what they failed to mention is that you will have so much pressure that you will never feel like you can actually do that…

Yesterday, I decided to exercise my right as being my own boss. The sky was blue, there was snow on the hills, and I’ve not been snowboarding in a long time… So I told my client for the afternoon what I was thinking… and he agreed… so we both set off home to grab our gear… which was buried and dusty.

We headed off to Glenridding, and then as we started to hike up, we passed so many people on skies coming back down with big smiles on their faces… a few of them passing comment “leaving it a bit late aren’t you lads?!” … “it’s OK… we have a light”…however we didn’t think we’d need it. The sky was so clear, and it wasn’t windy at all. Loads of time! The hike took a while, and resulted in a lot of effort and sweat, however, it was more than worth it for the view over the Lake District Ski Club with the colours in the sky that you didn’t think were possible. We tried to capture them on camera, but it never comes across quite aswell as actually being there. We turned round, strapped our snowboards on and boom… someone had turned the lights off! We needed the torch… infact we needed two… but only had one…so it made for an interesting descent.

The snow was crisp and icy in places, but putting in those well earned turns felt so good and with the stars coming out above us it felt incredible. I would definitely do it again, however, this time I would definitely make sure we take a set of lights each!

Bring on winter, we’re ready for you!