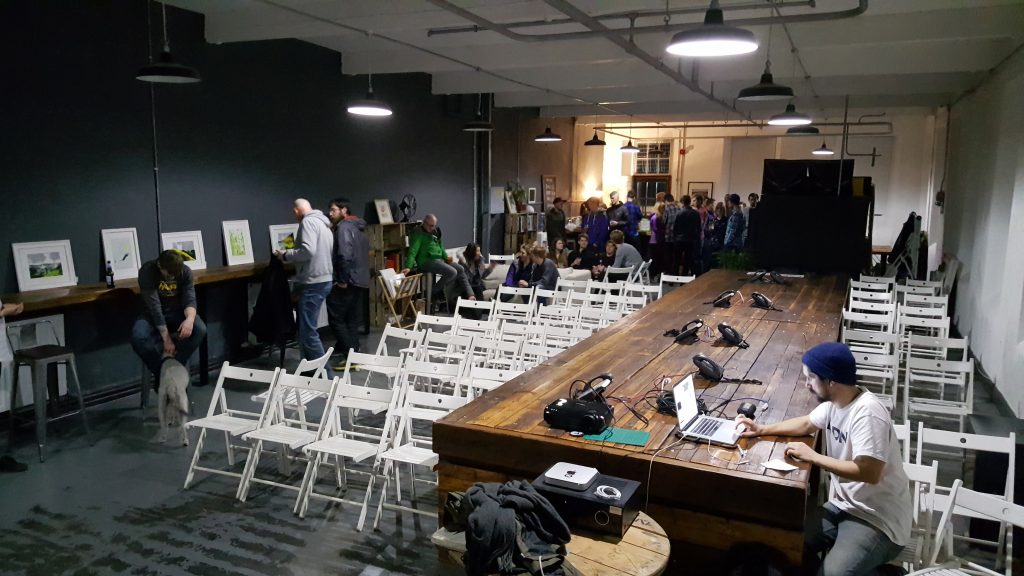 In January this year, I received an email from Ben Gerrish from www.hddn.co.uk asking if I’d like to join a group of creators in making something for an event. As creatives, we thrive on a brief and a deadline and that is exactly what Ben proposed to us…

We’re going to host 40 people (turned out to be a lot more due to demand!) at the Cactus Creative studio in Kendal* and I want you to create something, a video, some photos, or anything really, based on the idea of “One more brew” and how you get through the winter months on your bike. You have just over a month… What?! Not a chance. There’s no way that 10 people can pull together ideas and produce content in that shorter period of time… was my initial thought… turns out I was wrong. Not only had Ben managed to get the venue sorted in such a short time, he also had time to get some custom bottles of beer made up at the local brewery, and make his own entry… (although he did mention that his entry was cutting it a little fine when the render only finished in the early hours the day before). Everyone else had also pulled out all the stops and managed to hit the deadline and produce some fantastic video edits despite the usualy thrashing wind and rain that is ever present in the Lake District! Well done everyone! The doors opened and everyone started to arrive, eager to see what the creators had put together. Brews ready, Ben set to the stage to introduce the first piece of the evening which was a video and the atmosphere was great, lights out and roll the film. Everyone cheered and applauded each piece of work that came on, and you could tell that despite the shortened time frame, they were still giving it their all and it had paid off fantastically.

The problem with doing your own passion projects like this is that you never get it done because there is always something more important, but when you’ve been selected as part of a small group, and given a deadline, it all becomes very real and you don’t want to let them down. This was Ben’s intention, put the pressure on, and force the creatives to produce something that was worthy of showing, something that they would be proud of.

The featured pieces of work ranged from comedy videos featuring the standard Lake District soggy trails, to photo slideshows that really showed the effort that went in, and finally there was some incredible screen prints by Katie Edwards featured along the wall in the studio. Needless to say the night was a massive success and I think the people that attended the social event got just as much out of it as the folk that created the content shown. There is going to be a summer edition in 6 months and I cannot wait to see what happens with it. It’s the thing that has been missing from the lakes, or possibly even the bike scene in general for a long time. The bike night at Kendal Mountain Film Festival, which I believe was the inspiration for this event, draws a great crowd and also sells out quickly, but Ben just wanted to make happen more often!

I’m working on the idea for my pitch to get into the summer edition, so fingers crossed I can actually meet the deadline this time!

Make sure you get your summer ticket early, because this winter one sold out in days… twice (increased capacity).

You can view all the entries here on the One More Brew cinema page: onemorebrew.co.uk/winter-episode-1

* One of the coolest studios I’ve been to, in an old carpet factory with custom tables and features, all perfectly finished off with a token fat bike as the “shop bike” for the staff.

As a little aside, we decided to sponsor the event by helping create a website that will be the One More Brew home, we chose to sponsor it because when you chat to Ben (and many of the others involved) you can see that there is a passion there to promote the scene and help to get everybody fired up, all on a very selfless level. He was donating all profits to the mountain rescue. So if you want to show your support head over to the One More Brew page and give it a like, and give HDDN media a like too.