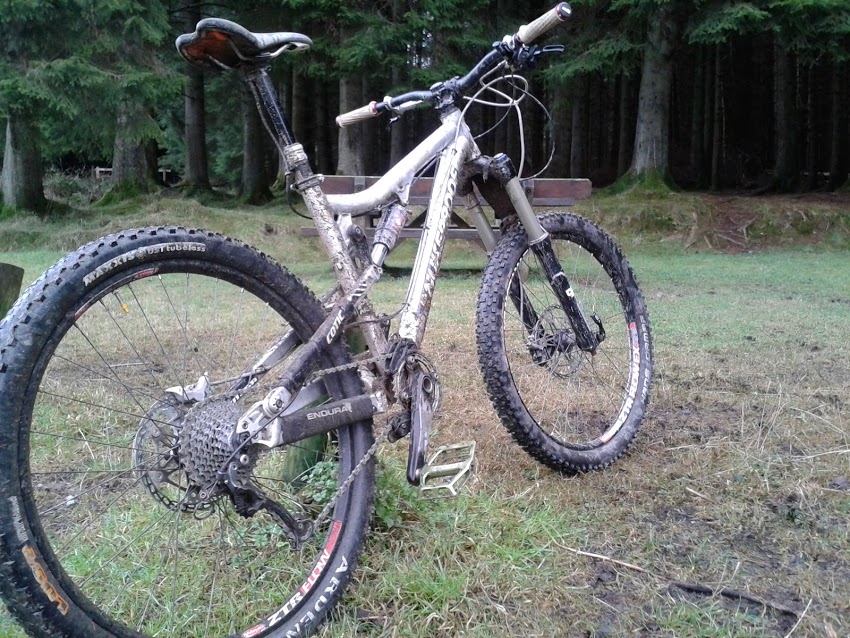 8 months ago I bought and built up my own Nukeproof Mega so I thought I would write up a few words to share my experiences with it over this time.

The Mega is a 150mm travel bike that can be paired up with a 150mm to 170mm travel fork up front and is billed as their all mountain bike designed to be ridden up and down (the emphasis on going down). Mine hasn’t been built up to the lightest spec but i’m trying to cut weight where possible without removing the functionality that I like.

Since it’s initial build I have made a few changes and additions. The first was to convert the fork to a u-turn coil, this helped with it’s climbing ability as due to it’s slack head angle and big fork it did tend to wander a little, thankfully being able to shorten this helps keep the front end lower and in more control, the coil fork also helps going down as it just feels a lot nicer throughout it’s travel. I also had the shock tuned to speed up the rebound and try stop it blowing through the last stage of it’s travel. The quicker rebound has helped the bike feel a little more playful and feel less sluggish as it sometimes got bogged down when faced with repetitive hits.

One thing that many people have said I should try is a dropper post, I had considered it in the past but the price kind of put me off, but since the Reverb was on half price sale I bought one. I’m not going to say it’s a complete revelation but it is mighty handy, time will tell how reliable it is. I’ve also just added a set of 170mm slx cranks, this is to try bring the weight down on the full build and reduce the amount of pedal strikes.

Initial feelings of the bike were mixed, the sizing felt good when just sitting pedalling along or uphill but I struggled with it when faced with the tight techy descents we sometimes come across in the Lakes hills. The top tube on the frame is probably a little on the short size when compared to similar frames and the chainstays are a little longer than average, it’s possibly this combo and my lack of skills that have me second guessing at times. That being said when the trail opens up the long wheelbase helps the bike feel planted and gives you more confidence hitting the rough stuff at speed.

I am slowly getting used to how the bike feels in different terrain now and even though I still struggle, (due to lack of skill more than anything else) it’s when i’m feeling more confident and attack the trail that the bike comes alive underneath. It seems to reward the rider who isn’t scared to commit or muscle it around but instead revels in being treated rough. I’m still loving the raw finish look of the frame which due to it’s raw nature cleans up well and doesn’t show the little scratches that painted frames get that can age them rather quickly. 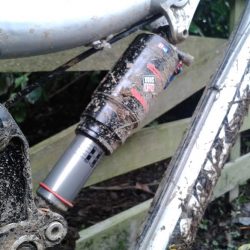 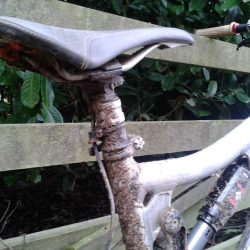