This time last year I had seen a video of a well-known kayaker paddling a waterfall called Cauldron snout, This is England’s longest waterfall 590 feet long and drops a height of 200ft.

On my way up to the waterfall I had a slight accident involving my car on its side…Being so keen to paddle this we pushed it back on its wheels and carried on, not worrying about all the oil coming from my car.

Lee Royle fired up the waterfall first followed by Sam Ellis then Myself and finally Martyn Butler, We all had sweet lines but stopped halfway down.

Sam went first on the final drop and looking like he was on line at the lip that soon changed as he got halfway down, barrel rolling over the rocks the rest of us decided not to run it. The water level was abit low but good for the first time, Looking forward to doing this with more water soon.

Thanks to Martyn Butler and Lee Royle for the Photos

And a huge thanks to Immersion Research and Fire-It-Up 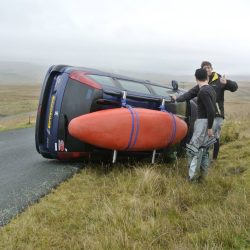 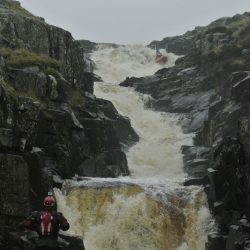 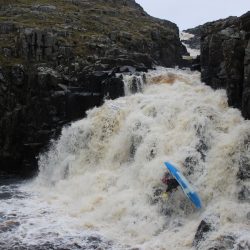