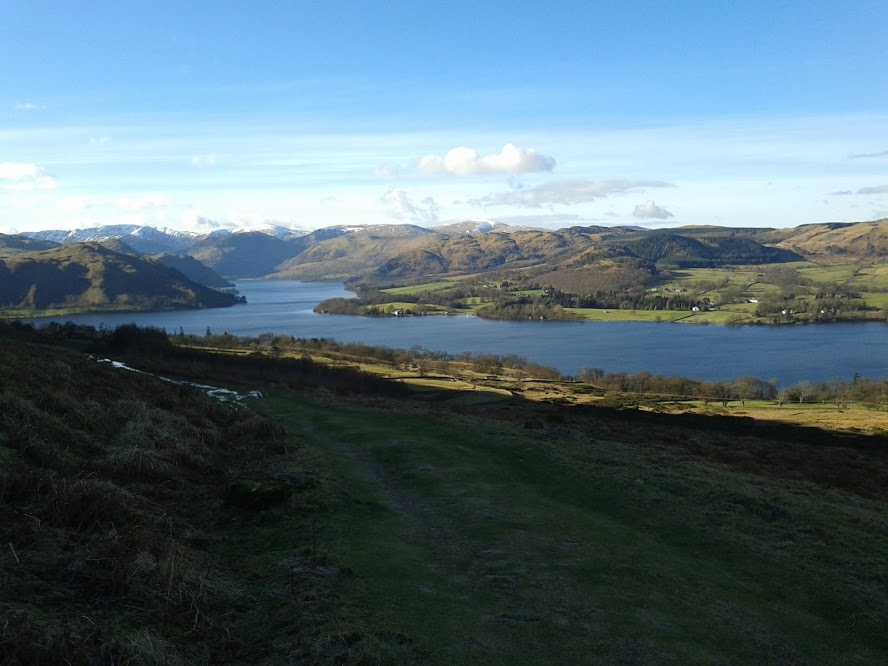 On Saturday myself, Brett and Scott headed out to Pooley Bridge to do a variation of the Askham loop. We parked up near Roehead at the end of the small road and headed straight through the big gate and up the bridleway, we then took a right turn off and followed the same bridleway down to Howtown as we would do on the Askham loop.

Once we had dropped back onto the road we turned left and headed out toward Martindale. The road climbs quite steeply up and passed The Parish Church of St Peter Martindale, it then drops down again and rather than taking the left turn into Martindale we followed the road to the right (signposted for Sandwick), and followed this all the way along to Boredale Head, where the road stops and another bridleway begins. The climb here starts off fairly mellow but it isn’t long before the valley steepens and you’re only option is to push and in some cases carry.

The steep section is thankfully quite short and once over you end up in the middle of a few trail options and some great views looking over towards Patterdale, Glenridding and Helvellyn. Our route took us up to the left over a rutted grassy trail that would take us around the back of Beda Fell. It’s another climb but rideable if you’re fit enough and determined. (No I didn’t ride it all)

Finally you reach the highest point and it’s time to drop into Dale Head and Martindale via a rather nice piece of singletrack. We let young Scott and his big wheeled machine take the lead then followed down. It’s quite a narrow trail in parts, it’s also rutted so it’s easy to catch pedals if you’re not paying much attention, but it’s good fun to batter down as fast as you dare. Like all descents it’s over before it really should be and we had a rather long road ride back to where we’d left the car. While the ride along the road is good for a warm down I think next time i’d park much closer to Martindale or Howtown and do the road section at the start of the ride instead.

All in all we had a great day, despite it being a tad cold it was pretty much spot on weather for this time of year. The whole route is just over 17 miles and took us just over three hours to complete.